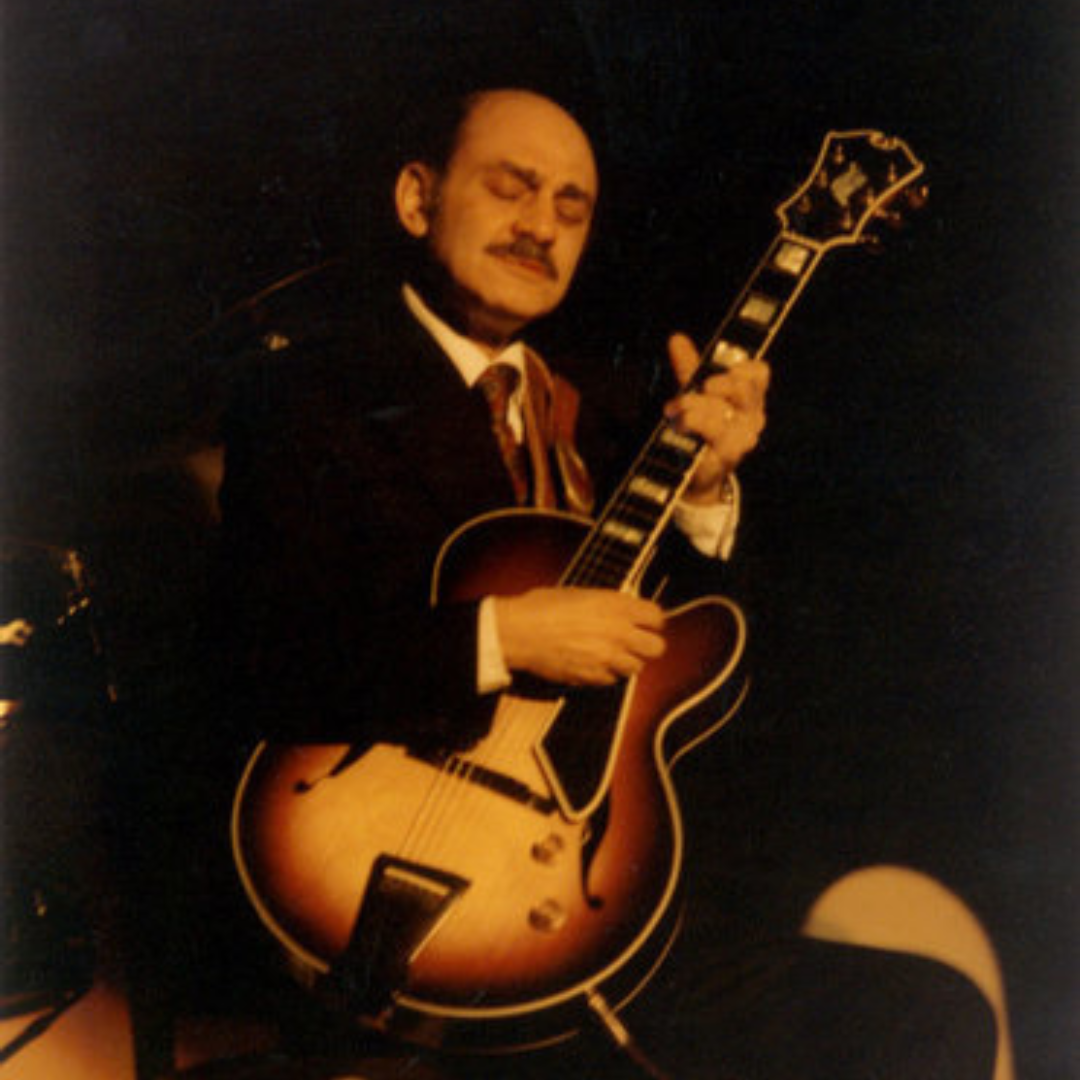 Part 1 Joe Pass’ rendition of the melody of the jazz standard “Indian Summer”.

This first chorus is not the most challenging one – technically that is – still, even if you’re able to sightread the sheet music it’s likely very beneficial to also spend some more time with Joe’s easier moves. The way he phrases both ‘rubato’, ‘in time’ and how he distributes his ideas ‘beyond the barlines’ are a priceless resource. Plus there are already two rather quick runs in there, in case you do like to prepare for the upcoming solo chorusses.

The melody is stated in a very straightforward way during the first bars, with few accompanying notes, mostly to create harmonic context [root notes / open strings, e.g. bars 2-3], and depth [ b13, bar 4]. Note that this song was the opener of the concert. Adding ‘space’ to the melody, creating a clear rhythmic and melodic statement, allows him to pick up the listener’s interest before moving on to introduce more complexity and musical development.

Block chords [standard voicings] are being used in the following bars to create contrast; a short melodic fill [arpeggio] in bar 8 leads to another staple of Joe’s playing: bars 9-10 offer single-notes as well as block chords with added inner movement [chromatic].

These bars are also a nice example for the true character of rubato rhythms.

Rather than ‘stolen’ time, like a plain translation from Italian would suggest, the actual practice of rubato feel translates better as ‘borrowed time’. E.g. rushing ahead in one passage is often contrasted by slowing down in the following one (see above, 2/4 vs. 6/4), balancing out the overall form. Besides minor tempo fluctuations, playing ‘out of time’ is most often due to expressive reasons first.

Check out how Joe keeps developing these musical ingredients throughout – including mentioned fast fills plus a couple of colorful harmonic moves, e.g. bars 12-15: creating harmonic movement within a ii-V, switching back and forth between secondary dominants and diatonic harmonies.

Next up: Solo chorus 1