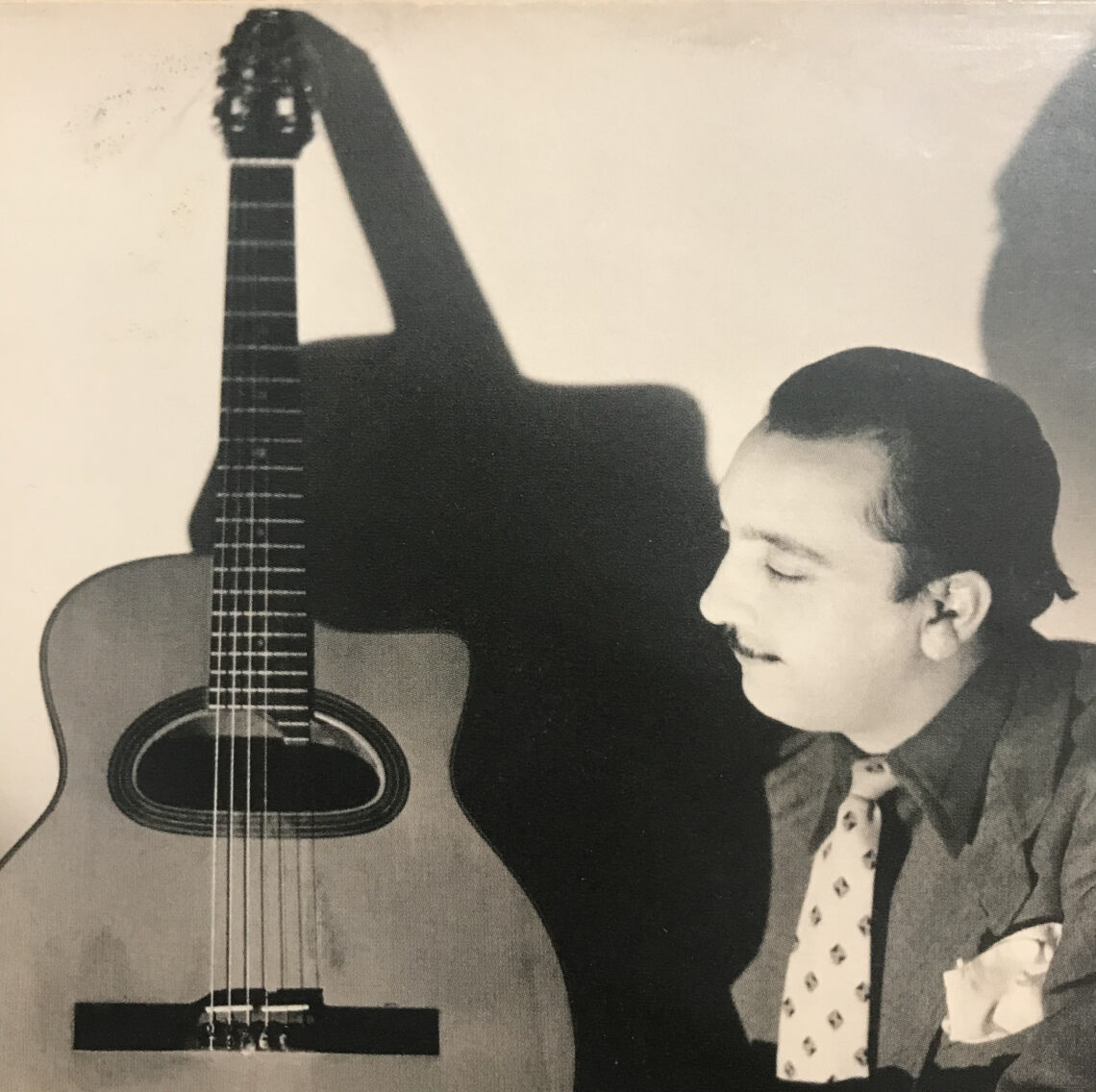 America is far away, and New York nothing like the Promised Land … Seven years earlier, Django had experienced that first hand. However … The “Jazz at the Philharmonic” tour gave two concerts at the “Alhambra” on March 3rd 1953. Backstage, Django bumped into Norman Granz, who made plans to include the guitarist in the JATP troupe for an autumn tour of the USA, Europe and Japan.

The offer couldn’t fail to seduce Django; he admired Roy Eldridge, who was part of the plan, and there might be Dizzy Gillespie too, with whom he’d just appeared as “guest star’ on the stage of the “Théâtre Royal des Galeries” in Brussels.

Norman Granz knew better than to embark on a tour without a new recording. A new one starring his future recruit would be most welcome. He made Eddie and Nicole Barclay responsible for this, as they distributed his American productions in France through their Blue Star label. On March 10th 1953, three “avantgardists” carefully chosen by Django went into the studio with him: pianist Maurice Vander, bassist Pierre Michelot and drummer Jean-Louis Viale.

The repertoire was agreed on between the guitarist and the producer: four standards from the other side of the Atlantic – September song, Night and day, Brazil and Confessin’ – plus one French song by Paul Misraki, Insensiblement […]

It is likely that Django’s sweet electric guitar sound on Insensiblement was actually an electro-acoustic one; not an “electrified” archtop guitar sound – he used guitars by Gibson and Epiphone – but a Selmer guitar with a Stimer pickup. This also suggests that initially, the original tone must’ve been brighter while the recording process itself accounts for the darker, more mellow sound which we witness on the recording.

The transcription excerpt shows some of Django’s melodic prowess and inventiveness. While he incorporates composite scales and virtuoso phrases from the Bebop idiom, the melody always remains king. This quality shows especially when the phrases are put in a new context, e.g. the diatonic and chromatic arpeggio enclosures [bar 1] and the double-stop motifs [bars 9-11]: adapted for solo guitar, these still fresh and modern sounding ideas also work at slower tempos.

Check this melodic lick out and try to break it down into smaller, practical units – motifs. If they are learned this way they do come in handy to enhance your active vocabulary.